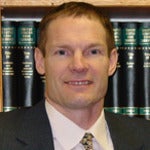 "The Lawyer To See For DUI"

In practice since 1983 and widely regarded as the Alaska attorney with the most extensive knowledge of drunk driving laws and defenses and the science behind sobriety testing, Attorney Fred Slone is often referred to as "the lawyer to see" for drunk driving defense.

For more than 30 years, Attorney Fred Slone has committed his law practice to defending people charged with criminal offenses, with the emphasis on providing aggressive defense for Alaskans accused of drunk driving.

Attorney Slone  defends people at the trial court level, as well as the Alaska Court of Appeals, Alaska Supreme Court, Federal District Court for the State of Alaska and the United States Supreme Court.

Attorney Slone has represented citizens accused of various crimes ranging from assault to murder in the first degree, but focuses his practice on defending those charged with DUI and alcohol related offenses.

Relied Upon for Expertise in DUI and OUI Matters

Attorney Slone is called upon by the media to assist with clear definitions of Alaska's drunk driving laws, and by other DUI defense lawyers for his knowledge of the intricate details in building successful defense strategies.

Attorney Slone is admitted to practice in the state of Alaska in all Federal and State trial and appellate courts, and the Supreme Court.

Attorney Fred Slone's law library is believed to be the largest single source for drunk driving laws, the medical science behind alcohol and drugs related to drunk driving offenses, and sobriety testing equipment.

talk to an attorney today

Time is of the essence in drunk driving cases. By waiting, you may lose your driver's license, and either lose or severely risk losing opportunities to defend your case. To speak with an attorney today, please call Fred Slone at (907) 272-4471.

Thank you for contacting us. We will get back to you shortly.

Please complete all required fields below.

Time is of the essence in drunk driving cases. By waiting, you may lose your driver's license, and risk losing opportunities to defend your case. To speak with an attorney today, please call Attorney Fred Slone at 907-677-9393.